How To Go Vegan 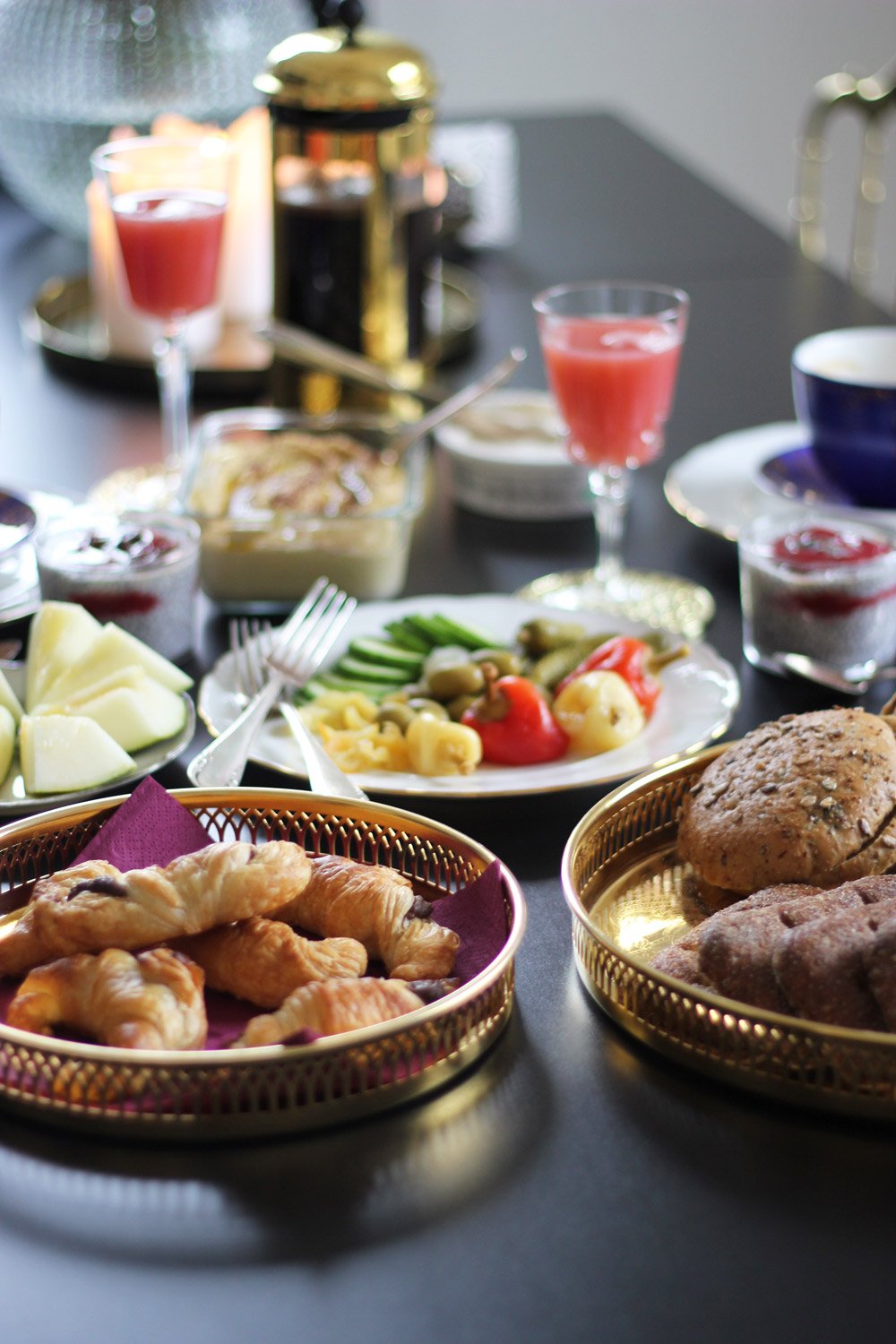 This is my advice for anyone interested in going vegan. It’s written from my perspective and experiences so it’s very personal to my journey. There are so many different perspectives out there and I advise you to seek out a few different ones as well as resources to get you inspired and fuel your motivation.

This article is aimed at anyone curious about a vegan diet as a  dietary choice and lifestyle (it becomes a lifestyle choice as you start to understand more and educate yourself).

First of all my advice is to transition to a fully plant based gradually. It can be through eating vegan one day a week. Or starting to cut out a certain type of dairy or meat first. Then replacing one thing at a time, as you go along and get comfortable and get the hang of it. Veganism is not about depraving yourself of good food, or food that you like. The contrary – there are plenty of vegan options today, which you can replace regular meat and dairy with. Replace milk in your lattes with oat milk. Replace meat with mock meats. And so forth. Today there are even so many vegan junk food options, we are spoilt for choice.

Personally, I became vegetarian at the age of 13, then when I moved to London, I gradually started to cut our cheese (I’ve always hated milk, thank you to my kindergarden teachers for forcing us to drink milk – it made me hate the taste of it for the rest of my life!). I was curious and wanted to explore other alternatives that I’ve never tried before and when I became ill, I had such a hard time eating cheese. So for me it was so easy. I became vegan without even thinking about it.

2. Your tastebuds need some time to adjust

If you are used to a certain typ of food, chances are that you may not enjoy that vegan soy sausage of the bat. I did not when I became a vegetarian. However that said – the food I got at school when I was 13 was damn awful. They served me soy sausages that came from a can. Even though you may need some time to adjust today there are absolutely delicious alternatives to meat and dairy, even cheese. So you may get over any initial hump quicker.

3. You don’t need to be a foodie or a good chef to be vegan

You don’t need to be a foodie to be a vegan. Many people, historically, has been very interested in food (present company included) but you don’t have to me a aspiring part time chef to become a vegan. You do not have to be interested in cooking or a good chef. You do not have to buy products in speciality stores or hard to come by ingredients. There are plenty of vegan groceries in ordinary stores, like soy milk, soy meat and vegan cheese. Going vegan today is so easy.

4. Know what gets you inspired and motivated

5. Don’t be too hard on yourself

If there are times when you accidentally get something in your body, through your food that is from animals, don’t be to hard on yourself. It’s bound to happen as animal products can be found in anything from sugar (US) to your favourite bottle of wine. As you go along your vegan journey, you will start to educate yourself more and more and become more aware. When you are just starting out, you are just that – starting out. So if someone makes vegan food for you, and they accidentally use perhaps something that contains animal products such as a bullion, or you eat something and then you discover that it contains milk – then just relax. You are doing the best you can. No one is going to punish you for accidentally getting something into your body that you didn’t intended to. Sometimes it can be something really gross, but you will survive and learn (the hard way) until next time.

So, as I’ve mentioned a couple of times now, animal products are unfortunately everywhere, from mascara, to tattoo ink to wine. So what do you do? You start somewhere and only you decides what is important to you. No one else. As I wrote in the beginning, take it gradually, fist focus on the food, then decide if you want to start replacing your make up, find tattoo-artists that use vegan ink, to finding out what wines and hard liquor is vegan. Take it in your own stride. When you start to realise just how much animal products are everywhere and in literally everything, it can be so daunting. So just start somewhere and take it in your stride.

You will probably need to take some supplements, I would suggest a multivitamin for vegetarians or vegans. Then you are done. If you eat a balanced, varied diet, then a B-vitamin supplement is all you need. I work out a lot, so I use additional supplements to support my lifestyle. As should you. How do you eat, workout etc? then choose a supplement based on your current and specific lifestyle.

8. How to deal with elitist vegans

Vegans are humans. And as all humans we are different and have our pro’s and con’s and personalities. One of the reasons I started Elegantly Vegan is that I wanted to create a relaxed, including space to invite everyone to. Not all people are like that and there will be other vegans judging you and you will have to learn to handle that. My advice is just to reply to any judgmental comments with – yes you are right, I don’t do X/Y/Z and that’s because I am taking one step at the time. Remember that your choice has major impact on the planet. So just take it in your stride and haters are going to hate. Don’t engage in people who are not supporting of you and where you are right now.

9. How to deal with all your leather shoes, bags, clothes etc

Do whatever suits you. Some people shed their “pre-vegan” clothes and items. Such as make-up, wine, shoes, beauty products and so forth. Again, I think being a vegan is a journey and should be suited to your specific life. If you want to keep your pre-vegan shoes, do that. As well as use your non-vegan beauty products and start to replace them when a product runs out. There are plenty of aspects to consider, such as the huge amounts of waste that is accumulated on this planet as well as your own economy and possibilities.

10. How to deal with comments about your food choices

There will be ridiculous comments about your food choice. “It must be so hard being a vegan. It must be so difficult to eat out at restaurants.” etc, etc. These type of comments are easy to answer to. In a friendly way you can say “no, not at all, I love eating out as I get such great vegan food at restaurant X/Y/Z”.  You get the point.

Then you have the comments such as, “if you are vegan then I can eat an extra steak”. Or “I feel sorry for the kids who pick potatoes so I won’t eat potatoes – and how are you going to accommodate for that?” (seriously, I had one really ignorant person in my class say this). Those types of comments I do my PR-trick on them I start talking about something entirely different. Just switch the subject. Move along. Just don’t go there, it’s not worth the energy!

which brings me to…

11. Don’t judge other who are not vegans

Honestly. Everyone is doing the best they can from their ability. I understand that you may think that becoming vegan is the coolest thing you did this year, you feel great and see loads of benefits from it and want to share the experience and convert everyone. Just don’t. Nobody is going to be receptive to judgment or methods including shaming or even using photos of suffering animals.

If you want to inspire others, then you do that by being you. Trust me, people will notice if you start to feel better as you will probably look better from eating more fruits and vegetables (you can live of vegan junk food as well – your choice!) have more energy etc. Then people will ask, and you can tell them. Or in my case, I get so many comments on my lunch boxes at work, or I bring cakes, ice cream or other vegan goodies to the office. There are other ways to inspire! :)

12. Being the only vegan

This can be testing for some. Being the only vegan among a group of friends or at school, or in a small community. If you need support and need other vegans, then you now have the online world to turn to. Follow other vegans on social media and start to build you own online community where you can support each other. There are plenty of vegans on twitter, a lot of vegan groups on facebook to join. If you want to join a safe space and connect with other vegans around the world – join us at Vegan Inspiration on G+. There you have over 5K vegans to get to know! :)

I know it can be tiresome to be the only vegan as I grew up in a small community and didn’t have that many vegan friends until recent years. I’ve always been the odd one out so it was fine for me, but if you need support, you have the gift of the internet now days.

Buying vegan food doe snot have to be expensive, as I’ve written before, you do not have to seek out speciality stores to buy vegan food. It’s entirely possible to be a vegan and keep to a tight budget. In fact I’ve written two articles on these topics. One is how to eat healthy on a budget and the other one address just this question – how to eat vegan on a budget. Read those as well as scroll through this tag – vegan on a budget – which contains recipes that are inexpensive to make.

How to make seitan

How to make a turmeric latte

How to eat vegan on a budget

How to replace white sugar

How to cook spaghetti squash

How to roast Chestnuts