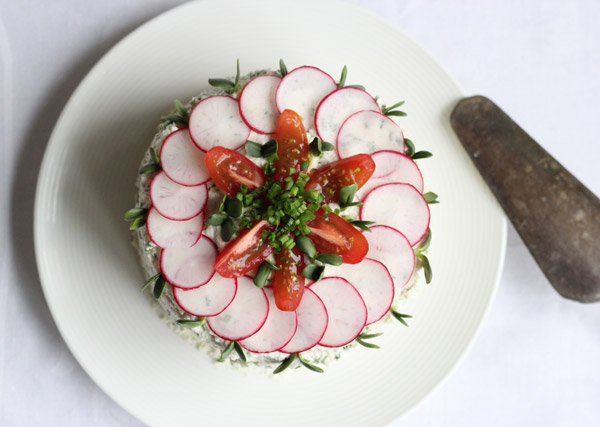 Lets take a closer look at this classic Swedish dish. For you who are new to this, it may look advanced and time consuming. But with a bit of clever pre-planning and store bought alternatives to my original recipe, its actually not that hard to whip together a quick version and beautiful smörgåstårta.

If you want my recipe, you can find it over here, you can have a look at the ingredients, then my breakdown below on how you can actually simplify this, will probably be much easier to follow.

The bread – I buy my bread in the store. I prefer round “polar bread” which is a type of bread typically made up north in Sweden. However any flat bread, in any shape will do.

The filling – I usually stop at two different kinds, but for a classic smörgåstårta you usually use more than that. If you are short for time. Buy pesto or other fillings in the store. Then you don’t have to do a thing! 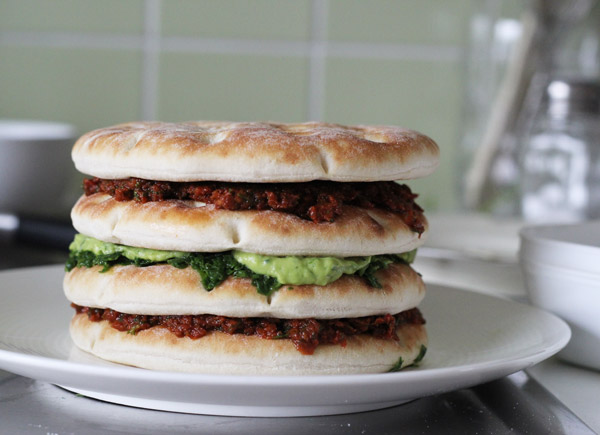 To coat – if you don’t want to make your own cashew creme cheese, buy vegan sour creme or a thick vegan creme fraiche in the store instead.

The decoration – now the fun part. There is no easy way to skip ahead on this one. It’s all about how elaborate you want to decorate your smörgåstårta. I love going all out on this. With fresh herbs, spouts, thinly sliced and colourful veggies.

My advice for a simpler version would be to skip decorating the sides, as I’ve done with these two versions I’ve included photos of in this post. Then, you’ll be ready in half the time. But if you want a real show-stopper, then take the time to decorate the sides of the smörgåstårta as well. 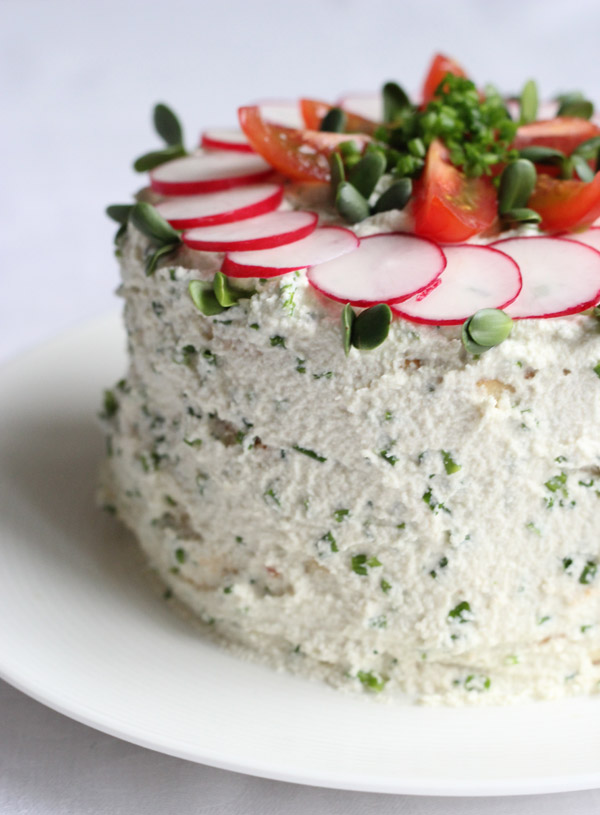 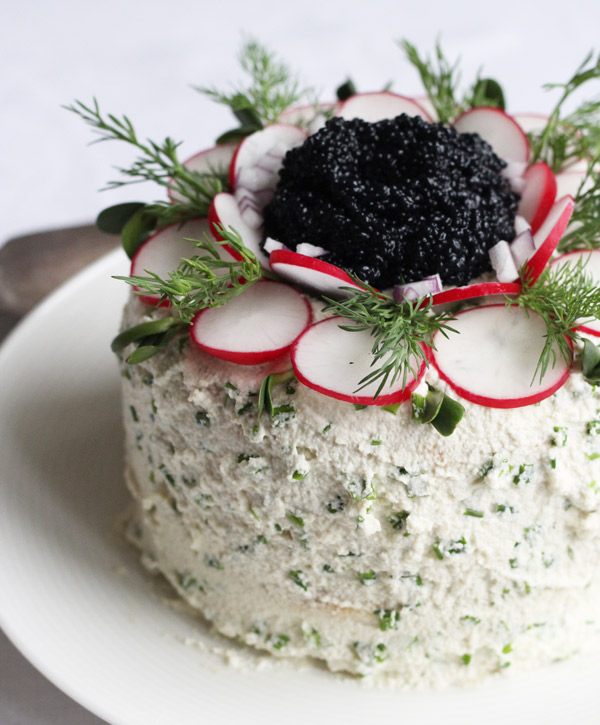